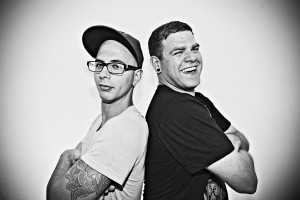 After meeting under a bridge just outside Toronto for some underhanded dealings with a group of street savvy denim salesmen, Jeff Webb and Mark Beshai have teamed up to create their voltronesque collaboration project ‘The NightOwls’.
While each can shake a dancefloor with unmatched excitement using their techy sounds, together with their signature GoonHouse stylings these two are unstoppable.

Not to be slept on, The NightOwls will be coming to a set of speakers near you. Make sure you don’t miss it. 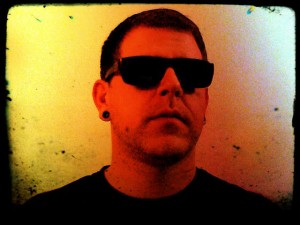 Jeff Webb was classically trained as a pianist as a kid. After exposure to electronic music through local pirate radio, he fell in love with complex electronic rhythms and bass heavy synths. Influenced by the underground rave scene of the 90s, he started producing at the age of 14.

Since then, he’s been heavily involved in spreading almost every underground electronic genre through many successful series of underground warehouse events, outdoor festivals, and club nights around Canada. Now focusing primarily on tech house music, Jeff has his first commercial solo release forthcoming on Pesto records. Jeff currently holds a residency at the infamous and bass heavy Fever series in Toronto, Canada. You can often catch him shaking speakers and booties at various intimate venues along Toronto’s world renowned Queen West strip.

Jeff has recently teamed up with local producer/DJ Mark Beshai to form their collaboration project, The Nightowls, which has been drawing alot of attention around Toronto and abroad.

Jeff, in one of his many projects over the years, has played alongside some very talented and influential names such as as Mario Ochoa, Nathan Barato, Bassnectar, Ill Gates, Jelo, Slip N’ Slide, Marcus Visionary, The Liberators, Crystal Castles, Patrick DSP, Robb G, Legion of Green Men, KJ Sawka, Jamie Kidd, Noah Pred, Flim, and many many more.

Mark Beshai is a Producer/DJ from Toronto Ontario Canada.

Producing House music, Mark Continues to expand his sound to include Techno and TechHouse vibes into his productions.
His production and track selection create exciting live DJ sets that are not to be missed.

He is also one half of the Toronto duo The NightOwls and co-hosts their bi-weekly show Big Hooters.