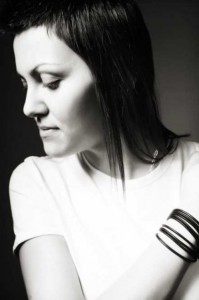 Sagia has always been fascinated with the positive energy of music, and has had the good fortune of playing in the UK, US, Poland, France, Spain, Malta and The Netherlands.
She has accompanied many talented DJs and producers such as Martijn Ten Velden, The Shapeshifters, Sandy Rivera, Dr Kucho! and Ravin, just to name
a few, as well as vocalists and MCs such as Barbara Tucker, Emma Lanford or Luciana

At the beginning Sagia’s musical style was strongly defined by underground house music in many of its varieties. Her instrumentally rich, energetic, with characteristic and solid bass line sets were very popular on the dance floors of many clubs. Since then Sagia has significantly grown as far as her music interests are concerned, and now is more into dimmed, spatial yet equally energetic vibes of deep and tech-house.

Sagia’s musical sensitivity, the need to transfer her fascination with music to actual sounds, as well as persistence and commitment resulted in first remixes and her own productions, among them Runway, Horizon Leans Forward, Energie and Calling. The sets of such producers as Sven Väth, Richie Hawtin or Marc Romboy only motivated her more.

In 2012 Sagia’s tech house track That’s Right was released by a NYC based label SoundGroove Records on a Miami Music Sampler 2012 during WMC. Later on she also released her other tracks and remixes with Dual Life Records [L.A.], Lantus Recordings [Spain], SoundGroove [NYC], RamBunktious [Miami] and Area Remote [Amsterdam].

​Currently Sagia works on her next musical projects and remixes which are to be released in the nearest future.