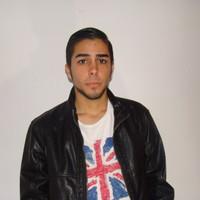 Mario Bravo, born April 12, 1992, in Puerto De La Cruz, Tenerife, Spain. This young producer enjoys having collaborations with national and international producers, most of his singles are taken for sale in big international record labels. Currently has his own record label called Bravo Recordings. As DJ has been in some of the best halls and clubs Tenerife, so festivals and private parties ever walked this young DJ.