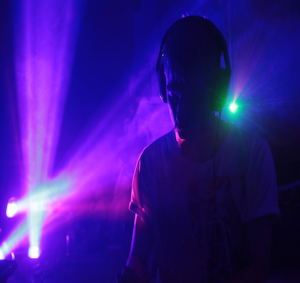 Lee Ogdon is a UK based House/Techno artist who found his first love with music in his early teens and was portrayed as a ‘rocker’. He always had a sense of rhythm so decided to take up the drums. After a few years, he discovered he was more interested in the production and engineering side of the industry and bought his first MIDI keyboard and started playing around with different sounds on his computer.

When he was in his late teens, he became accustomed to the underground electronica scene through various club nights around his hometown. This sparked a major interest in Djing and becoming a DJ and so he bought his first set of vinyl decks.

Over the years he has had his fair share of gigs in bars and clubs around the UK including Sankeys MCR and has also had the opportunity to perform over sea’s on the island of Crete, Greece. This being said, he felt he wasn’t getting anywhere fast with just being a DJ. He then decided he wanted to start getting his own material out to the public and become an artist himself.
A lot of dedicated time and hard work was then put into engineering and producing his own music until he felt he was confident enough to start sending his demo’s off to record labels. In 2014 he got his first EP signed. There are some promising things to come in future for this up-and-coming artist.