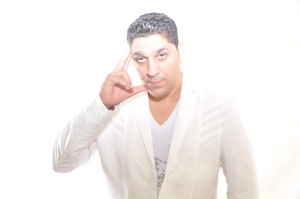 USA based DJ / Producer, George F is main player of international house music scene. His productions consistently fire dancefloors around the world and he regularly DJ in the world’s top clubs & festivals. He is the founder of one the highly respected house label; GF Recordings & one of the main artists on well known EDM label Spinnin Star Music. His music productions cross genres is one of the most unique House music style combining House Tribal and Tech at the same time but with a flavor that fits any set, club & festival. Many of his records are found in the record boxes of dance music’s biggest names, from Carl Cox to David Guetta and From Mark Knight to Hardwell. As a producer, George F’s tracks have been snapped up by some of the world’s leading house music labels, such as Stealth Records, Toolroom, Tiger Records, Spinnin Records, Spinnin Star Music and ofcourse his own imprint. 2009/2010 saw him as his breakthrough year with ‘Congo Man’ one of his biggest record at time that got into the top 10 Techno on Beatport and gained massive support from mainly top 100 DJ’s and led to series of big releases “Girls Who Like Girls” (#1 Electro House on Beatport), “Simo” (Top 10 Techno on Beatport), and many other records delivered to great acclaim labels such as Toolroom, GF Recordings, Spinnin Records, Harem records, Pacha Recordings, Tiger Records and more. As a remixer, the George F touch is in high demand. After remixing one of the biggest records of all time by Afrojack “Esther” & his biggest Techno remix for Ahmet Sendil “Ring Cadet” that gain #1 Techno on Beatport, the House music industry kept requesting George F remixes more & more to such luminaries as Sultan + Ned Shepard, Nadia Ali, Starkillers, George Acosta, Afrojack, Roger Sanchez, Fedde Le Grand & more.
2010 & 2011 was also a big years for George F as a DJ. After his WMC anthem “Good Morning Miami” Named #3 top 10 most played records in the Winter Music Conference in Miami, following by his Ibiza anthem “Good Morning Ibiza”, before embarking on a year of massive gigs at legendary clubs such as Avalon in Los Angeles, Tunnel in Amsterdam, Space Miami, Cielo & Pach in New York, Ice Las Vegas and the list goes on, tearing up the dancefloors for baying crowds wherever he play, To spread his unique House music message even further. In these years George F dose what every true artist dose, keeping his productions top quality, unique and demanding plays refreshing every sound, collaborating in many projects & remixes, running his imprint and appearing on other labels as a main artist & touring the world finest clubs without any sign of slowing down. No one can work a dancefloor or deliver a killer sets quite like this House & Techno master. George F continues to blaze a trail for electronic music and his passion for the dance scene is plain to see. If you get the chance to experience it for yourself, do not hesitate!