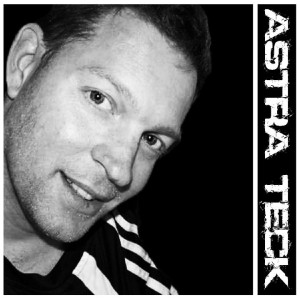 Born in 1975 in the Melun region of Paris, Astra Teck currently live in Northern Catalonia – Perpignan, France. He grew up in a highly musical atmosphere where he had his first experiences with turntables in 1993. Learning and performing in his home and at private parties, Astra Teck’s influences were in the hardcore, hard-tech, psychedelic trance, techno, tech house and minimal genres. He started producing as a solo artist in early November 2010, and succesfully signed my first contract with a digital label in March. His compositions are produced with Cubase 5